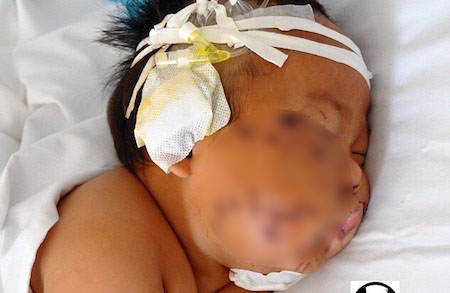 Eight month old Xiao Bao was discovered by his uncle in a pool of blood needing over 100 stitches after a horrifying incident.

The baby was immediately rushed to a nearby hospital where he is listed in stable condition.

According to reports, his mother was breast-feeding him when his barely protruding teeth hurt her breast.

The mother later confessed to her crime stating that she stabbed the baby over 90 times with scissors because of the pain the child caused her.

There has been no confirmation that the mother is suffering from any type of mental illness. However, it is obvious that she is because nobody in their right mind would do anything like this to their child!

The child uncle has been awarded guardianship, temporarily. 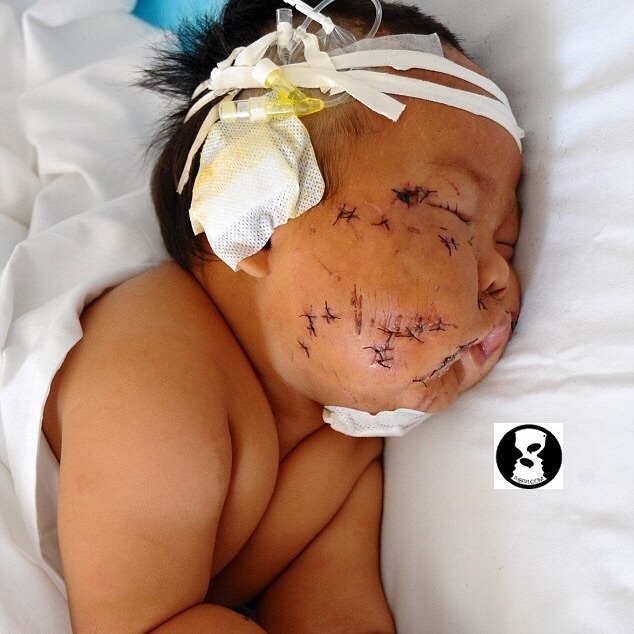