TRAGIC: Teen Jumps To His Death After Mom Took Away His PlayStation.

On February 25, 2013, Paul Bickel, 18 was shouting and swearing as he played Grand Theft Auto.

Upset with what was going on, his mother Donna Brown, turned off his PlayStation.

This enraged Paul then stormed out of the house without telling his mother where he was going.

Just a few hours later, police showed up at Donna Brown’s doorstep to tell her that her son was dead.

He had jumped to his death from a motorway bridge after their confrontation.

Paul suffered from clinical depression, and had obsessive-compulsive disorder (OCD).

“He was upstairs on his PlayStation and started shouting and swearing. I told him it was not acceptable, but the shouting and swearing and banging got worse. I didn’t go upstairs after that. I was shouting ‘stop it, calm him down.’ I was really distressed. I said ‘if you don’t stop this, I’ll turn it off.’ Then I turned off the Internet connection. Because he was getting angry and losing his temper, I thought it was fueling his anger. I had turned it off because of the state it got him into,” Brown told police.

Brown believes the tragedy could have been averted had the warning signs been taken more seriously by medics.

Today she opens her heart and family album in the hope that no other parent has to suffer the same heartache. She has broken her silence to warn parents, “Don’t dismiss your children’s mood swings as teenage tantrums. Don’t dismiss OCD as something quirky – it has a huge impact.” 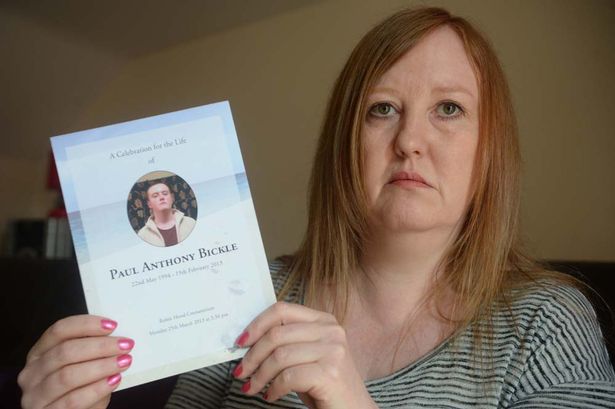