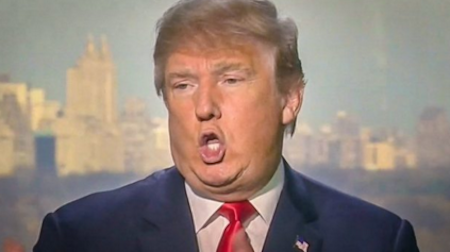 Trump also told Chris Wallace that he would beat Clinton in a general election during the Fox News interview.

What do you think? Will Trump win the race? Or is he a racist piece of sh*t with no chance?