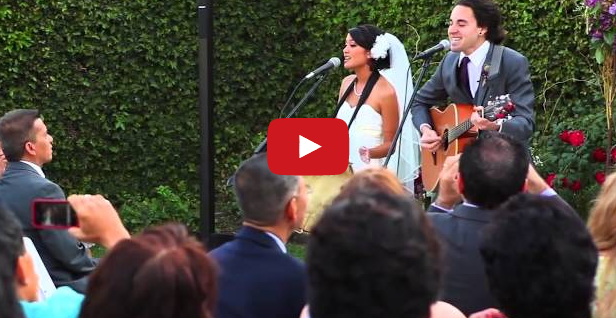 Not Your Typical Marriage Vows. Michael and Carissa Alvarado were living on opposite ends of the country when they stumbled across each other in 2011. They began writing together and built up a following on YouTube. They got married a year later, and at their wedding, they performed a song they had wrote themselves. The song is about promising to support and stick by your partner through the unexpected twists and turns of life. “We always told ourselves we weren’t going to sing at our own wedding,” Michael admits in a Buzzfeed article. “But Carissa and I started writing this song together and we eventually realized it was our vows.” Michael and Carissa show us what real love looks and sounds like through their own original song that is capturing the hearts of the Internet.