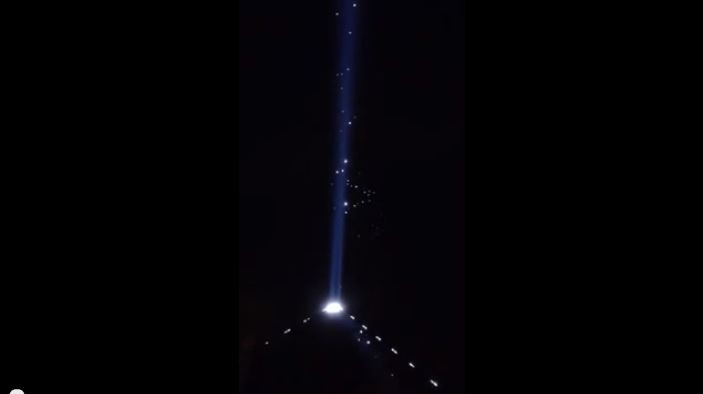 The orbs floating above the light started with 3 and then increased in numbers over a 2 hour period.

The UFO floated in a swirling motion up-and-down the light beam of the Luxor Hotel Las Vegas, located on the South end of Las Vegas Boulevard.

Many people capture the UFO images on video as seen below.

These bright orbs are floating in a uniformed pattern. Some people claimed they were bugs, some said they were bats.

However the size and the formation taken by these objects do not fit the pattern of bugs or bats.

What is your opinion about these mysterious orbs floating above the lights in the city of Las Vegas Nv directly above the  Luxor Hotel Las Vegas ?

Could they be real UFO visitors from out of this world or they simply just a beautiful display of nature?