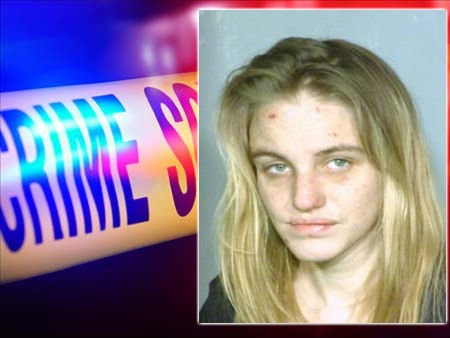 Police were called to the Las Vegas Nv home of a 23-year-old female after the neighbors were complaining that she was having sex with her Pit Bull in the backyard. Yes, for everyone to see as if it was the thing to do. Drugs are a terrible thing aren’t they….. Las Vegas Nv is known for some outrageous things, but this tops them all.

When the Las Vegas police arrived they found Kara Vandereyk on the ground naked engaging in sexual acts with the Pit Bull. When confronted by the police she greeted them with a friendly “hello” and proceeded to touch the Pit Bull in inappropriate sexual ways.

She was covered with a blanket and then asked many questions by the Las Vegas police which included questions about her family, the name of the president, what the date was. None of which she was able to answer.

Vandereyk appeared to be on drugs, meth in their opinion. However she told the Las Vegas police that she was bipolar and was on prescription medication.

Animal control was called to remove the poor helpless Pit Bull from the property. Vandereyk was arrested on charges of open and gross lewdness.