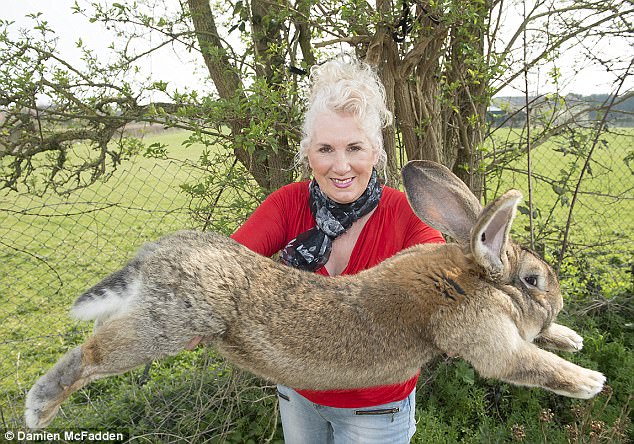 United Airlines faces another controversy after a ‘fit and healthy’ giant rabbit expected to become the world’s biggest died suddenly on one of its planes.

Simon, a ten-month-old 3ft continental giant rabbit expected to weigh more than 2st 5lbs when fully grown, was bought by a mystery US celebrity buyer who paid more than $2,568 to fly him from Heathrow to Chicago.

Had he lived Simon was expected to outgrow the world’s biggest rabbit – his 4ft 4in father Darius.

But his devastated owner Annette Edwards from Stoulton in Worcester claims he died in the cargo hold of United Airlines flight from Heathrow Airport to Chicago on April 19.

United told Annette, a breeder of large rabbits and former Playboy model, survived the flight but died when being held in a storage room in O’Hare International Airport.