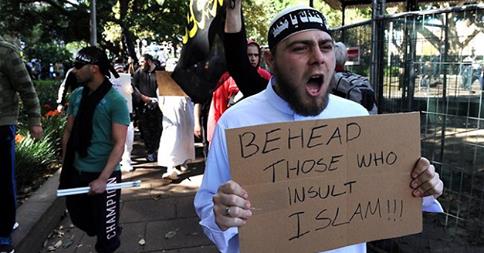 URGENT ALERT: ISIS Calls On Muslims In America To Go To The Homes Of US Soldiers And “Slaughter Them”. (By Jana Winter, FOX News) A Law enforcement bulletin obtained by FoxNews.com warned that Islamic State Fighters have increased calls for “lone wolves” to attack US soldiers in America in recent months, citing one tweet that called for jihadists to find service members home addresses online and then “show up and slaughter them.” 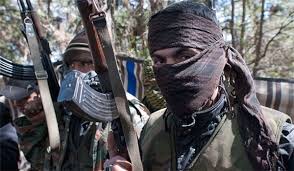 There will be a “continued called by Western fighters and Syria and terrorist organizations – for lone offender attacks against US military facilities and personnel,” warned a July law enforcement intelligence bulletin from the Central Florida Intelligence Exchange, the state-run agency that gathers, assesses and shares threat information and works with the Department of Homeland Security.

“These threats will most likely increase should the US or its allies attack the Islamic State of Iraq and Sham (ISIS) in Syria or Iraq.

In one example cited in the bulletin, a British jihadist encouraged radicals still living in the West to use Facebook and LinkedIn to find and target soldiers. “You could literally search for soldiers, find their town, photos of them, look for address in Yellowbook or something,” the tweet read. “Then show up and slaughter them.”

Killing US troops on American soil is an increasing focus of jihadists according to the bulletin titled “Continued threat to military personnel from Al Qaeda inspired homegrown violent extremists.” It was sent out on July 8, 2014 “In response to recent social media messaging from Western fighters in Syria calling for attacks against ‘soldiers in the West.’ Instead of luring radicalized Americans to the Middle East, Islamic state will likely encourage them to stay home and kill US soldiers here, the bulletin warned.

The intelligence center assessed in July, “that military personnel will likely be targeted individually in spontaneous ambush style attacks similar to the May 2013 machete attack against British soldier Drummer Lee Rigby in the UK. You are asked to please warn all military personnel that you know. They also strongly suggest that you Share this on social media so people can be aware of these threats and have a plan to protect themselves.