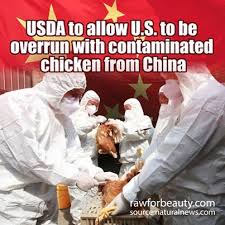 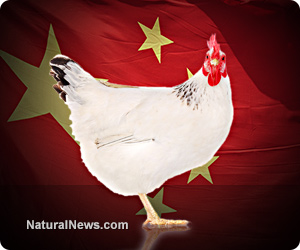 USDA Allowing US To Be Overrun With Contaminated Chicken From China. The United States Department of Agriculture’s Food Safety and Inspection Services has announced that China is eligible to export processed, cooked chicken into the United States. The announcement ridiculously claims that the USDA “has determined that China’s poultry processing inspection system is equivalent to that of the United States, and cooked chicken imported from China would be processed under equivalent condition as in the United States.” The USDA will absolutely destroy the domestic poultry industry by selling out to China. It will destroy the economic base of US farmers and growers and wildly contaminate the chickens supply across the United States. The chicken grown in China is laced with arsenic, mercury, lead, cadmium and toxic chemicals. 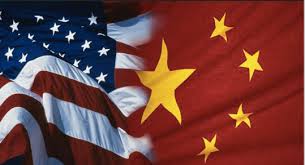 China is well known to be the most polluted industrial nation in the world and consistently produces the most heavily contaminated food products on the planet. The Natural News Forensics Lab says they have tested and confirmed products produced in China to be the most polluted in the world. According to NaturalNews.com China has already been caught killing babies with melamine in infant products, killing dogs with toxic dog treats, counterfeiting meat products and far worse. Essentially, the USDA is saying that the American people should be fed worse than dogs. So does the USDA care about what the American people are eating? Of course not. The USDA already wants Americans to eat deadly GMO’s that burn holes in stomach linings, and it may even cause toxic transgenic effects in humans. Face it America, the USDA is under orders to kill you before you reach the age at which you might collect Social Security and therefore worsen the national debt. That’s the new plan at the highest levels. They want to make sure nobody lives long enough to cause Medicare too much money.