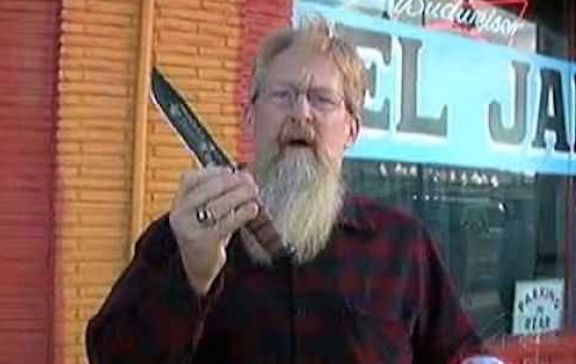 Veteran Cuts Down Mexican Flag Flying Above The American Flag.

After hearing a Reno bar was flying a Mexican flag over an American flag, an angered U.S. Army Veteran took matters into his own hands.

He drove to the bar and cut down the flags in front of a stunned group of Hispanic patrons.

The U.S. Constitutional code prohibits raising the flag of any other nation above the American flag.

Broussard pulled up his truck to the Cantina El Jaripeo near downtown Reno, cut the rope that anchored the flags and pulled them down from the makeshift flag pole. He left the Mexican flag on the ground, with the U.S. Flag in hand.

When the cameras stopped rolling, eyewitnesses say Broussard came back and started shouting that Obama was the anti-Christ and that this was all his fault.