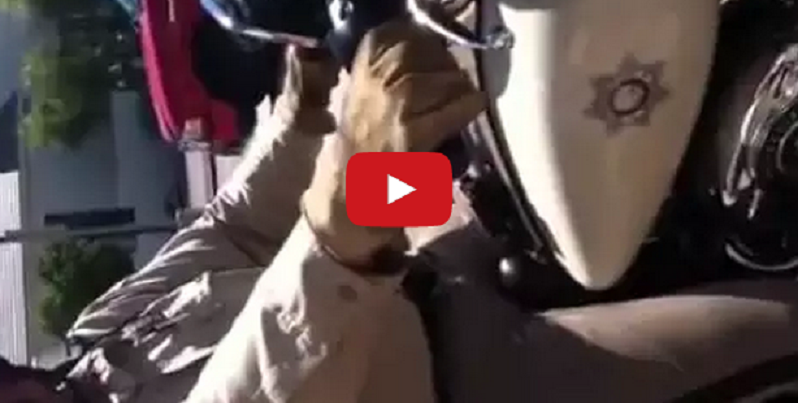 Who can forget this a brave 12-year-old boy, Jeremy Drew, who approached a police officer who appeared to be illegally parked.

The video “Cop Breaking the Law” received over 5 million views. The reaction to this police officer was definitely one who did not give a f*ck about what this young kid had to say.

He approached the police officer and asked him politely, “Is it, like, an emergency or anything?” When the cop answers that it was not an emergency, Drew asks to see the cops badge number and is repeatedly turned down.

The cop asks the boy if he is a “junior lawyer” and asks for ID from the minor, insinuating the boy is lying about his identity, and then tells him he is loitering.

If you haven’t seen this video, which is from September 2012, you should definitely check it out. We say bravo to Jeremy for standing up for what is right! Maybe someday he will be a lawyer.