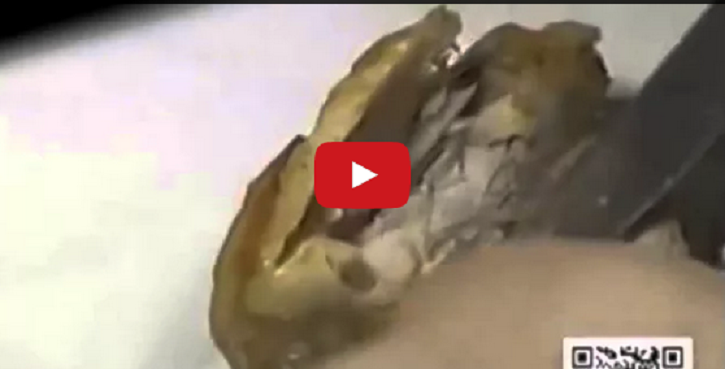 **WARNING: This Video May Be Disturbing To Some Viewers**

A woman was disgusted after finding live, wiggly white worms in her bucket of KFC chicken. Unfortunately for her, it was after half of the chicken was already eaten.

So she did what anyone else would do – grabbed her camera and started recording. Her disgust turned to disbelief when the fast food restaurant simply offered to replace the meal for free.

Liu Tsai purchased the 10 piece bucket from her local KFC and enjoyed about half of the chicken. She save the leftovers to enjoy later, and when she did she was disgusted at what she had found.

Tsai said when she called Kentucky Fried Chicken to complain, their lack of compassion shocked her. All they wanted to do was offer her a free combo meal.

“I felt sick,” Tsai said. “The last thing I wanted to do was eat another chicken meal from KFC.”

Tsai was so upset with KFC that she immediately contacted the local media station to share her story. In addition to the story, she provided the media with the video below of the wiggly worm like maggots.

If you love KFC, this is a MUST WATCH! You might want to think twice about going there for your next meal.