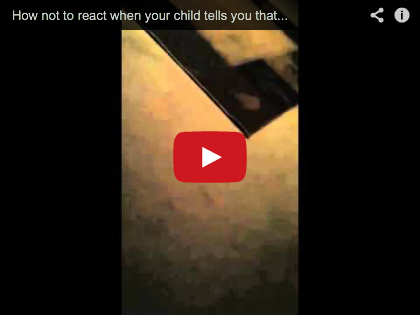 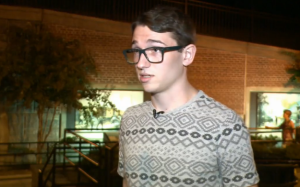 Disturbing Hidden Camera Video-Gay Teen’s ‘Christian’ Family Disowns Him And Beats Him. Just a quick warning, this video does contain offensive profanity and distressful scenes. I do feel, however, that everyone should watch this video as a quick reminder of how hateful people can be against things they don’t understand. In just a few short days more than four million people have watched this horrifying video of a young boy’s family disowning him because of his sexuality.

Daniel Pearce, 19, is from Georgia and according to an interview with The Independent, he had come out of the closet to his family last October. So the reaction that your seeing in the video wasn’t because Pearce sprung the announcement on his family. “It was something that built over time,” he told the reporter.

The video is very disturbing to watch and you can hear a woman saying, “You’re full of shit. You told me on the phone that you made that choice. You know you wasn’t born that way.” Pearce earlier had tried to bring proven scientific fact into the argument, but was shunned over what God says is right. Even though it was confirmed that his aunt punched him in the mouth during the altercation, apparently violence isn’t a sin? “I recorded the video because I knew something was going to happen and I wanted to protect myself in case I was harmed in any way,” Pearce told the BBC.

After everything, his boyfriend had set up a GoFundMe page for Pearce’s living expenses and it has now almost raised $100,000. A good portion of the money Pearce says he is donating back into the cause of helping the LGBT 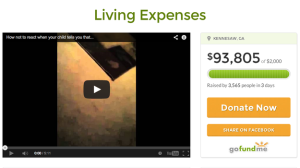 community.
Pearce also wanted to make it clear that he didn’t post the video to shame his family. “The video was not posted for people to attack them,” he said. “I wouldn’t want it to happen to me. I wouldn’t want it to happen to them. They are still my family and they are in my heart, but what happened in that video is very hurtful.” Pearce just hopes that at least one family will watch this video and realize that that isn’t the way a family should react to their loved one coming out. “One family, changes their mind, I’ll be happy.”