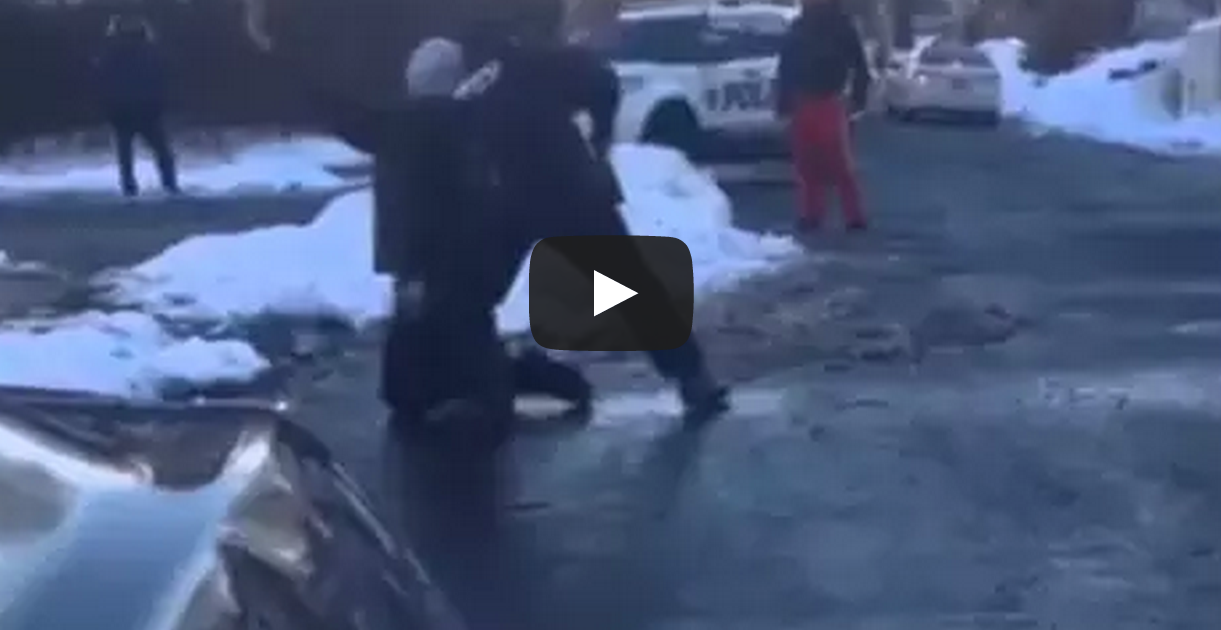 A group of young kids were having a snowball fight in New Rochelle, New York when all of a sudden they found themselves being held at gunpoint by a police officer.

A woman who was at the scene captured the video at the end of the incident. The video shows an officer aiming his gun at a young man kneeling in the snow.

The youths complied with the officer’s request. You can hear the woman who was recording say, “they were just having a snowball fight.”

It shows the officer patting down the suspects. No weapons, drugs or anything illegal were found on the young men.