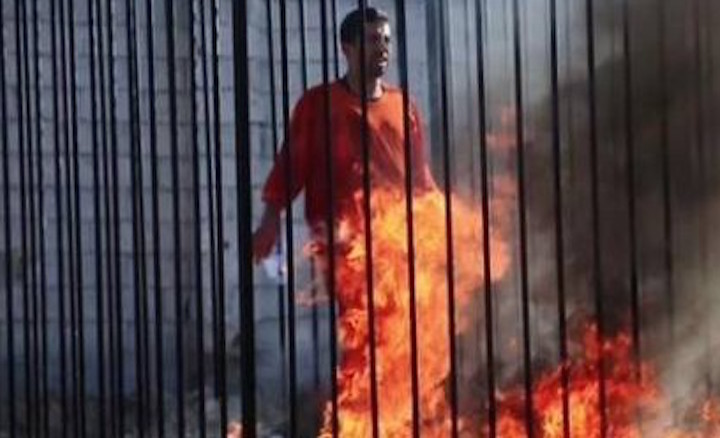 A disturbing video has surfaced online showing ISIS burning a Jordanian man alive in a cage.

26-year-old captive F-16 fighter pilot Muath al-Kasaebeh is shown in a 22 minute video, standing in a cage with a line of fuel leading to him. The fuel was ignited, causing him to burst into flames.

Kasaebeh was captured in December 2014 when, on a US-led air campaign against the jihadists, his jet crashed over Northern Syria.

“Jordan’s response will be earth shattering. Whoever doubted the unity of the Jordanian people, we will prove them wrong. The pilot did not belong to a specific tribe or come from a specific governorate; he was the son of all Jordanians, who stand united,” Information Minister Mohammed Momani said on television, while the Army and government vowed to avenge the pilots murder.