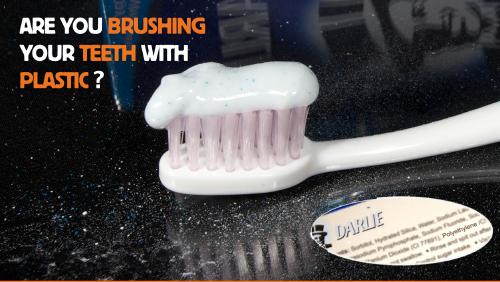 WARNING: Do NOT Use Crest 3D White Toothpaste!

A Facebook post has gone viral warning consumers away from crest 3-D white brands of toothpaste, accompanied by a picture of the “Arctic Fresh” variety, because the product supposedly contains blue plastic capsules that “dentists are finding stuck in the patient’s gums.”

This warning could reference anyone of a number of entries in the line of Crest products aside from crest 3-D white “Arctic Fresh” toothpaste, such as crest 3-D White “Vivid” toothpaste or Crest Complete Extreme Herbal Mint toothpaste, which contains hydrated silica, a sand like substance that serves as an abrasive to exfoliate the teeth of food and other particles, and polyethylene, which according to Crest is “a safe, inactive ingredient used to provide color” that gives a product the appearance of containing small beads or flex.

As the Los Angeles times observed a 2011 survey of whitening toothpaste, Crest 3-D White Vivid ranked as one of the most abrasive toothpaste on the market.

Since 2010, Crest 3-D White Vivid has also been the subject of negative reviews from consumers who have reported pain, irritation and discomfort after using it with a number of online reviewers specifically mentioning having found blue crystals lodged under their gums some of which require dental treatment to remove.

Dental hygienist Trish Walraven also wrote on a dental website that, “I’ve been seeing these blue particles flushed out of patient’s gums for several months now. So has the co hygienist in our office. So have many dental hygienist throughout the United States and Canada who have consulted with each other and realized that we have a major concern on our hands. I am not saying that polyethylene is causing gum problems. I’d be jumping too soon to that conclusion without scientific proof. But what I am saying definitely is that plastic is in our toothpaste, and that some of it is left behind even after you are finished brushing and rinsing with it.”

If anybody is using this toothpaste dentists suggest you THROW IT AWAY! Too many dentists are finding the little blue balls in the toothpaste stuck in patients gums. 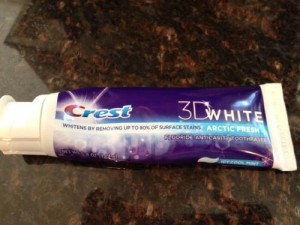 The capsules are made of plastic so they don’t dissolve like you think, just like hand sanitize does. They really serve no purpose. Do they think they exfoliate the teeth? It sounds to me like they are causing more harm than good.