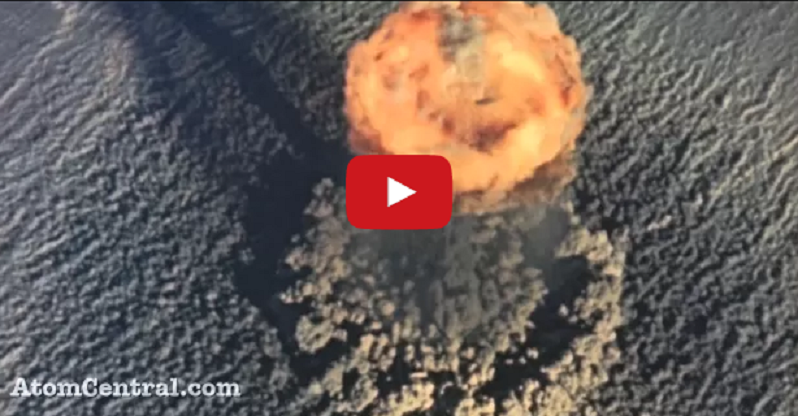 This is an aerial shot from Operation Buster Jangle filmed on November 5, 1951.

It was detonated in area 7 of the Nevada test site 31KT and is one of the most famous videos of an atomic bomb.

During many of these test, soldiers who thought of themselves as ‘ground grunts’ were sworn to secrecy as they witness the atomic explosions firsthand.

At the time, they had no idea of the devastating health risks those bombs were exposing them to.

As a result, these soldiers were exposed to high levels of radiation, suffering from radiation sickness, nausea, and cancers. Many of their children were born with deformities. 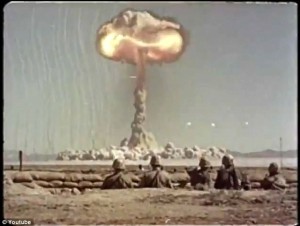