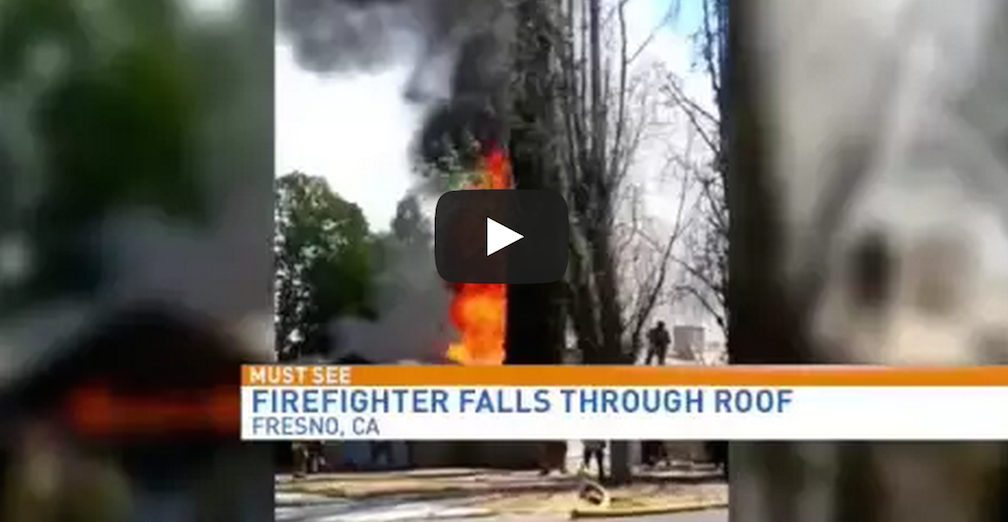 WATCH: As Fresno Firefighter Falls Through Roof Of Burning Home!

A Fresno firefighter was seriously injured in the line of duty.

The firefighter was battling a blaze at a home in Fresno, California on Sunday when he felt the roof.

One step and a firefighter is swallowed by a roaring fire.

How this man survived a fall through a roof into flames, when witness says, is unexplainable.

“As I made a U-turn into the street, I saw a couple of firefighters on top of the roof. As one fell right in, I immediately put it into park. My daughter was screaming,” said Joel Reyes.

Firefighters rushed to tear down the garage door. Reyes said the team had the injured firefighter out in minutes.

“Once they extracted the firefighter out of the garage, they doused him with water. And as they took his uniform off, he was burned from head to toe,” said Reyes.

The unnamed firefighter, who is a captain with FFD, was rushed to Community Regional Medical Center. He is said to have suffered third-degree burns over 30% of his body and 60% to 70% of his body is burned.