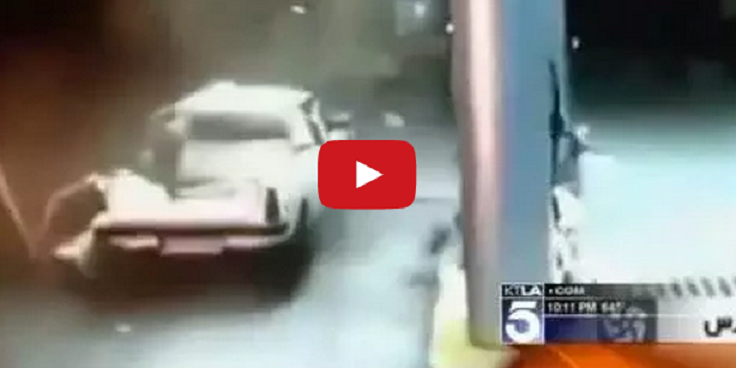 The driver of the pickup truck was nearly killed when his car exploded at a gas station while he was filling up.

Los Angeles TV station KTLA said the driver was filling up his tank with compressed natural gas, which burns cleaner than conventional gasoline, when the blast occurred.

The man escaped unharmed and is lucky to be alive. However, I’m sure he dropped a few bricks in his pants after that one!