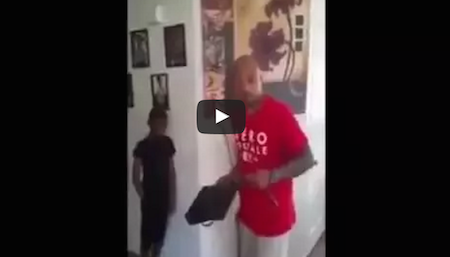 When this angry dad finds out his son was stealing, he let him choose between a whopping or his Xbox.

When the kid pleads for his Xbox and tells dad “I’ll take the whopping,” dad decides to take what his son loves the most.

So he takes the Xbox to the driveway outside, and what happens next sends the kid into a downward spiral.