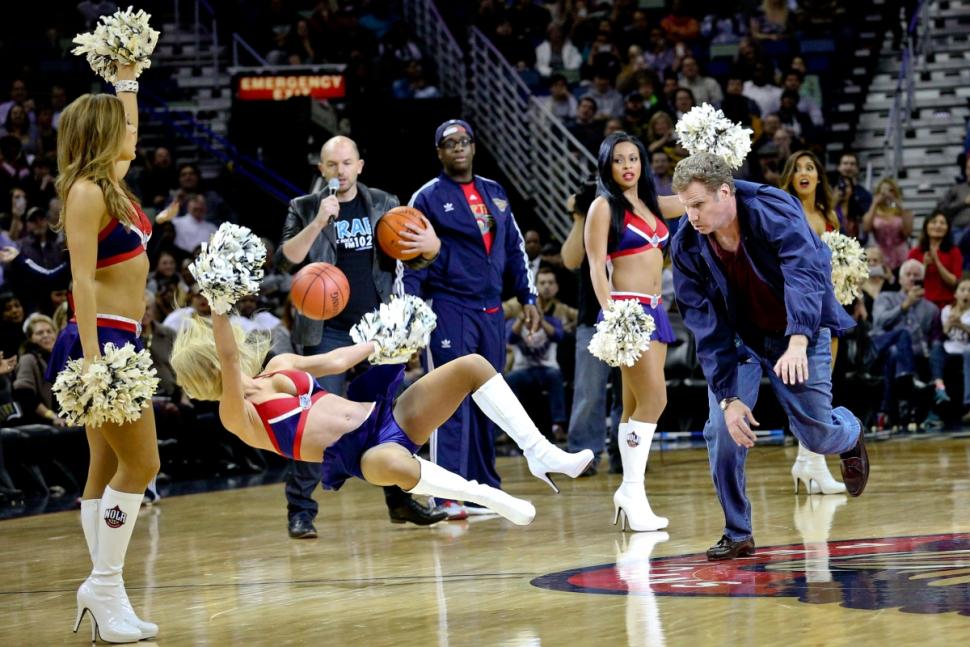 Will Ferrell Hits Cheerleader In Face With Basketball, Gets Thrown Out Of Game.

Some people are asking why!?! Why did Will Ferrell nail a cheerleader in the face with a basketball and get thrown out of an NBA game last week.

The actor showed up during the intermission of a Los Angeles Lakers vs New Orleans Pelicans game at the Smoothie King Center. As he entered the arena, he took centerstage as he attempted to make a half-court shot, when he ended up nailing a Pelican’s cheerleader straight in the face.

But it was all in fun, even though she looked like she was seriously injured! It was all for a scene in his latest movie Daddy’s Home.

Sure, it was all staged, but she definitely had to feel some pain! Check it out in the video below: