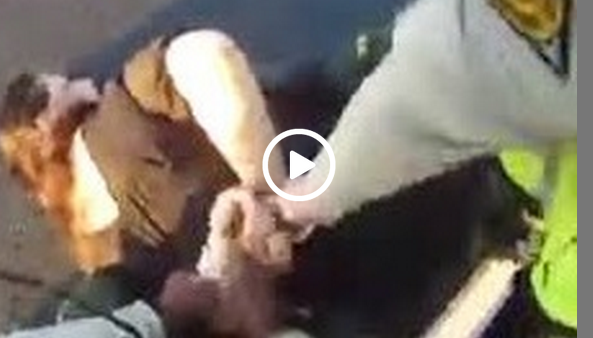 During a traffic stop for a minor violation, the woman on the video wanted to know the officer’s name so she could report him. His name tag was covered up by his vest so she slowly reached over to push the vest out of the way to see what his name tag read.

At that point the officer immediately grabs the woman and accused her of assaulting him. He proceeded to open the door and drag her out of the car, at that point arresting her for assaulting a police officer.

Apparently moving a piece of fabric is an unforgivable offense and is grounds for throwing an innocent woman on the ground and cuffing her.

Watch the video yourself. Do you think it was justified or unjustified?