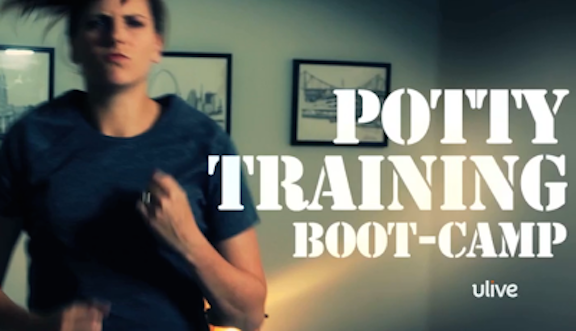 Woman On Trial For Injuring Toddler In Potty-Training ‘Boot Camp’.

A Maui woman, Becca Stapp, 39, who runs a “camp” for potty training is currently on trial for allegedly injuring a 17 month old boy during the training.

The company’s website boasts, “The first day of potty camp is the last day your child will wear a diaper.”  That sounds pretty intense if you ask me. But parents were dropping their kids off with her anyway.

According to the prosecutor, Justine Hura, when the mother picked her son up later that afternoon from “potty camp” she noticed bruising on the toddlers leg and groin area.

When the boy’s mother examined him later on, she found additional bruising on his back. She immediately reported the injuries to police.

When the “potty camp” instructor was questioned later on that day, “the defendant told several stories about what happened to account for the injuries,” none of which were consistent with the bruising, Hura said.

According to the Associated Press, pediatrician Norka Wilkinson examine the boy the day after he visited the training class.

“What struck me was it was in a very particular area. The fact that it was close to the core of the body,” Wilkinson testified. “Those are the areas that are common to be non-accidental. Those would be bruises that would be very suspicious in my opinion.”

Stapp Is pleading not guilty to the charge of third-degree assault on the toddler.  The nonjury trial is set to resume February 4, 2015.