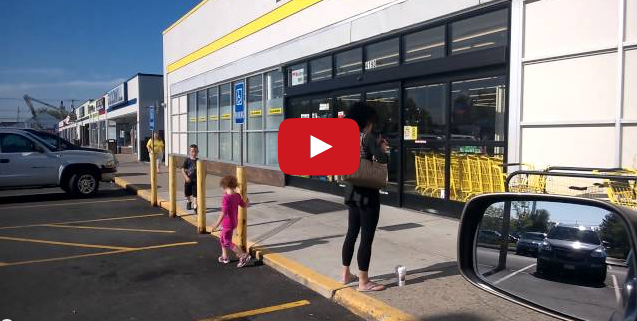 It’s amazing that in the year 2014 we still have to deal with racism. A woman outside of a dollar store in New York really shows her true colors when she verbally attacks a black man in front of her two small children.

Over and over again she shouted racial slurs calling him “A nasty F*cking N*gger”. This woman was an absolute moron. Calling him every name in the book, putting him down, all in front of her two small children. Mother of the year? I don’t think so.

A YouTube user named IAMOYAB posted the video of himself sitting in a dollar general parking lot arguing with a woman who he said started calling him the N-word just because he started his car.

The woman first said she was calling her husband, and then claimed she was on the phone with her lawyer. She walks up to his car and begins yelling, “He’s got me on videotape and I’m still flipping the f*ck out. Yes I called you a n*gger. You are a n*gger! Nasty f*cking n*gger!” She also insisted that the police would not help him by saying, “Do you know how many cops I have stripped for? You ain’t getting far b*tch.”

He currently has over over 9,600,000 YouTube views for this video. A Reddit page with over 10,000 comment had been shut down after users posted personal information about the woman. 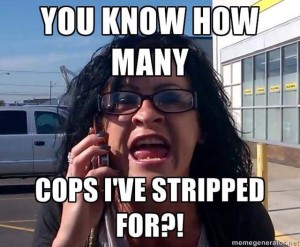 The women commented trying to defend herself by saying, “I’m not racist. I have a black cousin. He just pissed me off, I’m bipolar. Quite frankly, if you look it up, n*gger means ignorant person. It has nothing to do with race.” She continued to say, “But it’s okay for him to call me a cracker and a honky though. That’s racist.”