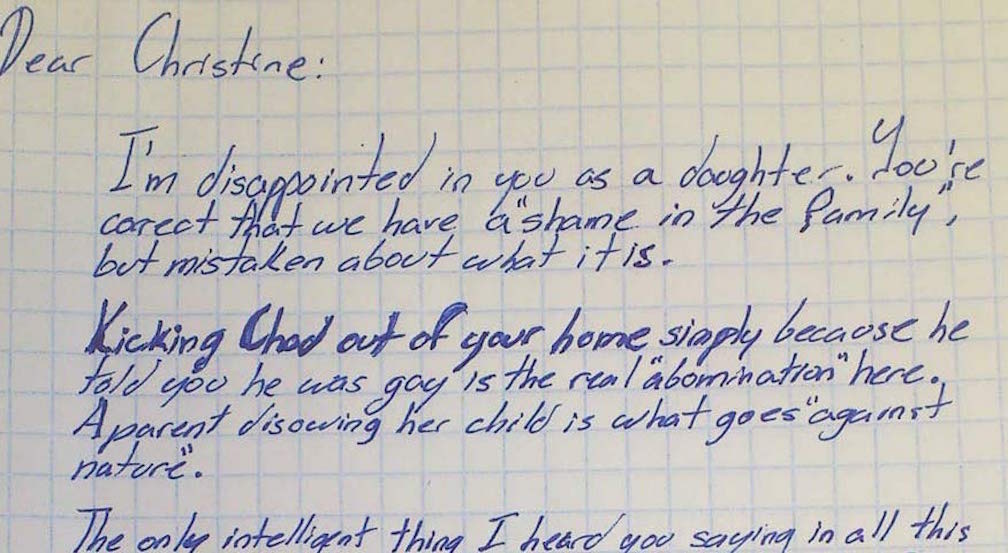 You Wouldn’t Believe What This Grandpa Did After Mom Disowns Her Gay Son.

This grandpa became very angry once he found out that his daughter disowned her son for being gay. He decided to take it upon himself to defend his gay grandson by writing this letter to his daughter:

I’m disappointed in you as a daughter. You are correct that we have a “shame in the family,” but mistaken about what it is. Kicking Chad out of your home simply because he told you he was gay is the real “abomination” here. A parent disowning her child is what goes “against nature.”  The only intelligent thing I heard you say in all of this was that “you didn’t raise your son to be gay.” Of course you didn’t. He was born this way and didn’t choose it anymore then he being left-handed. You however, have made a choice of being hurtful, narrow-minded and backward. So, while we are in the business of downing our children, I think I’ll take this moment to say goodbye to you. I now have a fabulous (as the gay put it) grandson to raise, and I don’t have time for heartless B – word of a daughter.  If you find your heart, give us a call. – Dad 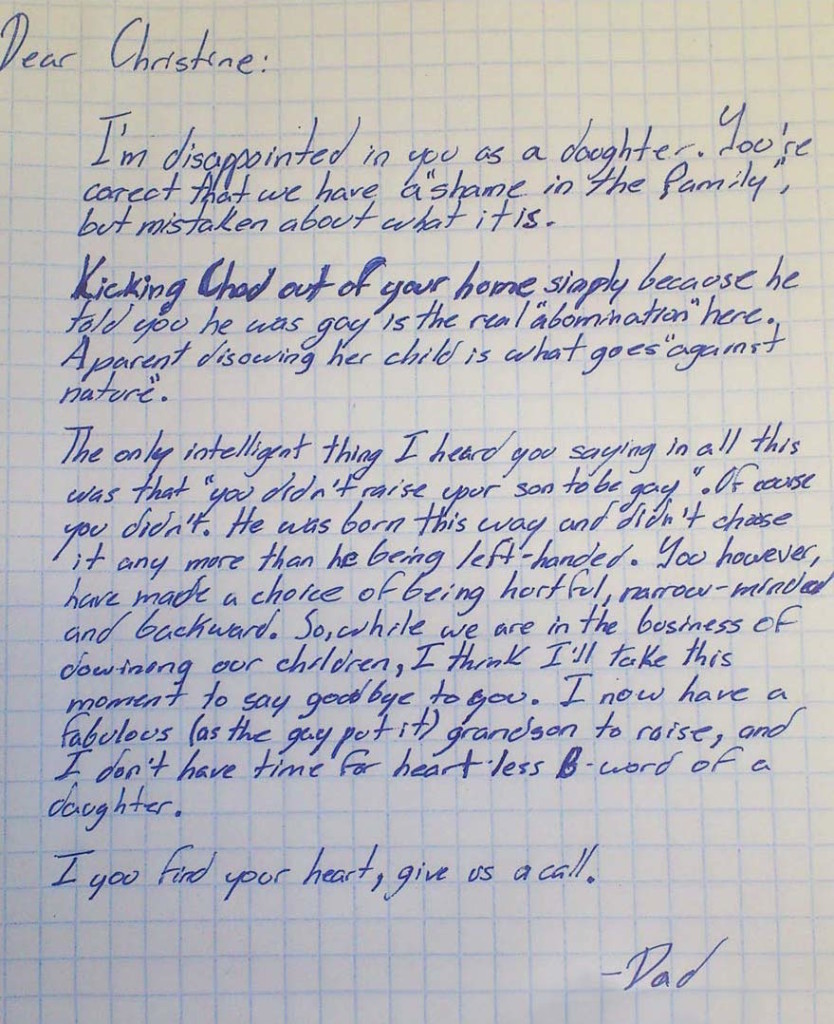