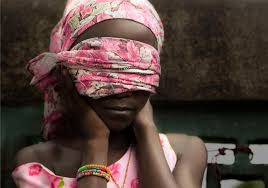 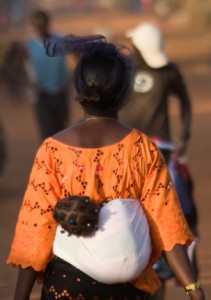 11 Year Old Rape Victim Who Was Denied An Abortion Gives Birth To Twins. In February, Senegal’s abortion ban turned this 11 year old victim into a mother of twins. Giving birth in her 7th month of pregnancy, this little girl is now faced with the responsibility that even some adults have trouble handling. In an interview the girl was asked whether she was pleased that the rapist, who was her neighbor, was in police custody. She answered, “No. I want him to be killed because he has stop me from going to school.” Although the twins were born premature, they spent one week in an incubator and are said to be in good health. “I did not realize I was pregnant. My mother saw my body changing and because I was vomiting she took me to the hospital. In the last few months my head ached and I could hardly stand up,” said the young girl. She does not even remember giving birth to the babies. “I woke up and I realized I was not pregnant anymore, and I saw the twins.”

The young girl explained that the twins are fine, but they want a lot of breast-feeding. Because of her young age, it has been very difficult for her to produce milk. She said her mother buys milk at the pharmacy thanks to donations from generous people and a pharmacist who has been very kind to her. When the girls mother found out about the violent act that caused her daughter to become pregnant, she approached the state prosecutor. The rapist was quickly taken into police custody and awaits trial. When describing the attack, the 11-year-old said, “My mother had gone to work. There was no one around in my place. I was playing with my friends and I suddenly wanted to go to the toilet. He found me in the toilet and closed the door.” She said he threatened to kill her if she told anybody. “Afterwards, I had a pain at the bottom of my stomach. I could not even walk properly but I force myself to hold myself well as I was afraid he would kill me.” The man raped her a second time in the same toilet. He threatened her again by saying he would not only kill her but her mother also if she told anyone.