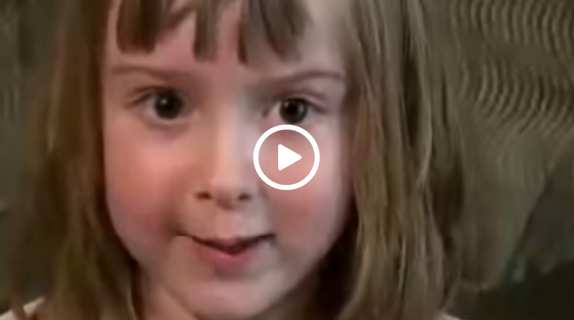 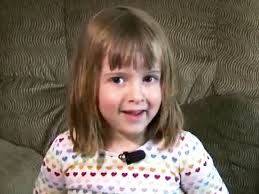 4 Year Old Foils Babysitter’s Robbery Plot. When a babysitter set up a robbery and framed the black man next-door, she never thought she would be busted by the 4-year-old she was paid to cared for. Abby Dean, 4 years old, turned in her dishonest babysitter when she tried to convince Abby to blame it on the man next-door. Abby refused to go along with the babysitter story. Abby told the truth and saved her neighbor from going to jail by quickly setting the story straight with police. The crime scene and questioning had gone on for almost 6 hours, but in just 30 seconds the four-year-old clarified the case and settled the dispute. Abby’s mother was so happy her daughter overcame her fear and spoke to the authorities and named the real thieves.

Abby spoke with FOX affiliate and said, “Wednesday was the worst day of my life! They told us to get out of the house because they wanted to ‘steal stuff'”. The thieves stole a number of things out of the house, including abbeys kitty bank, iPod, Xbox and Wii. When the babysitter was questioned by investigators, she pointed out the black neighbor, Cody Oaks. Oaks was then handcuffed and interrogated by police until Abby chose to speak up. The four-year-old said to police, “It wasn’t the right skin color.” She explained that the robbers were Caucasians, not African-American. It was at that point the babysitter was caught lying and misreporting the situation. Once Abby told the truth, the babysitter confessed to the crime. One of the thieves was a 16-year-old minor, the boyfriend of the babysitter and one other accomplice.

Oaks made a statement that the babysitter could have caused irreversible damage to himself and his family. He also added that he hopes the babysitter will take the opportunity to learn from the entire situation and do better. The minor babysitter, who remains unnamed, and accomplices have been arrested and face robbery, burglary and perjury criminal charges. Abby is a very mature four-year-old. Using her wits and composure she outsmarted these would be thieves and helped the police. It was only Abby’s sharp mind and quick decision-making that allow justice to prevail.