The Origin Of “420” Cannabis Culture.

There are many people that celebrates April 20 as “420 Day”, but do you really know how it started?

According to Wikipedia, a group of teenagers in San Rafael, California called themselves Waldo’s. They chose that name because their hangout spot was a wall outside of the school. In the fall of 1971, they planned to search for an abandoned cannabis crop that they had learned about.

They had multiple failed attempts to find the crop and shorten their phrase to simply “4:20”. This ultimately evolved into a code word that the teens used when wanting to smoke pot in general.

It is said that Steve Hager of High Times Magazine was responsible for taking the story about the Waldo’s to “mind-boggling, cult-like extremes” and “suppressing” all other stories about the origin of the term.

Hager wrote “Stoner Smart or Stoner Stupid?” In which he called for 4:20 PM to be the socially accepted hour of the day to consume cannabis. He attributes the early spread of the phase to Grateful Dead Followers, who were also linked to the city of San Raphael. 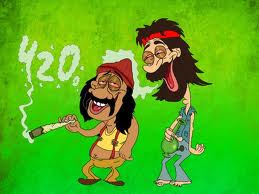 April 20 has now become a counterculture holiday in North America, where people gather to celebrate and consume cannabis. Some events have a political nature to them, advocating for the legalization of cannabis.