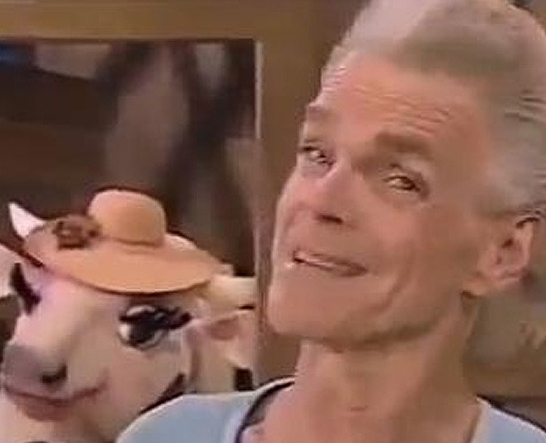 5 Creepy Kids Shows That Will Give You Nightmares

1. Are You Afraid of the Dark may not be the creepiest show ever, but it did scare me enough times as a kid to qualify for this list. Just watching the intro alone reminds me of how eerie and creepy the show could be. If you have a chance watch the episode ’The Tale of the Laughing Dark.’ That episode is one of the main reasons I’m so creeped out by clowns:

2. This next show is a religious TV show aimed at children so it’s easy to assume there will be something creepy about it. The show is called ‘Junior Christian Science Bible Lesson Show’ and was created by David Liebe Hart, who has made appearances on ‘Tim and Eric’s Awesome Show.’ Hart plays guitar and sings as well as puppeteers for the show. The music is hard on the ears and his puppets can be quite eerie. The show aired on public access for almost 15 years in Los Angeles. See if you can make in through the whole thing below:

3. ‘Chico The Rainmaker’ aired as a seven part series in the UK and was also called ‘The Boy With Two Heads.’ It paired a set of ordinary kids with a magical 2,000 year old shrunken head named Chicopacobacowana, which they found at an antique shop. The kids try and return the head to his tribe while trying to evade robbers:

4. Now ‘E-I E-I Yoga’ will make the most undisturbed person cringe in the worst way possible. The whole show is supposed to be aimed at teaching kids how to do yoga, but takes a wrong turn and ends up being about a creepy dude putting his hands all over kids along with weird farm animals. It was released straight to video in 1997 and has become a cult classic. It’s insanely discomforting:

5. Now lastly we have a show called boohbah. If your in to nonsensical dancing and acid trips this show will be right up your alley. The show itself doesn’t make much sense and features these creatures that look like… well… use your imagination. These boohbahs were sure to be flying around in children’s heads at night giving them nightmares for years on end: