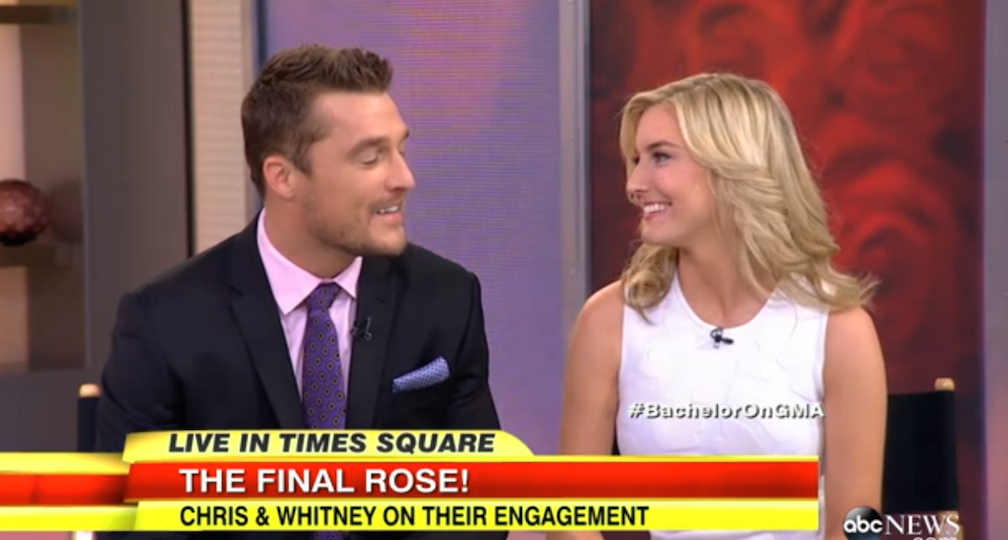 5 Ways to Make Next Season’s The Bachelorette More Interesting.

Twitter blew up last night with the awesome sounds of yawns over the 3-hour looooong Bachelor Finale.

But, after 10 years and 19 seasons, any show will become stale (Anyone want to watch Fonzi jump a shark).

Looking to keep the show fresh, ABC shocked its audience and sent suburban moms into a social-media frenzy by announcing next season’s Bachelorette will feature not just one but TWO women searching for a “Love Connection”.

One wonders how far the network will push to reawaken this “Dating Game” and drop the “Baggage” hoping its audience will have a “Change of Heart”.

Which would you rather watch – A watered-down tuxedoed host making slightly suggestive puns, or a wildly colorful, costumed host randomly breaking into dance and songs?

If Wipeout, Double Dare, and American Gladiator taught us anything it’s people love it when contestants get hurt performing ridiculous stunts for no reason.  But, instead of eliminating the loser, the winner could receive power-ups for their next date, like a makeover and a homemade gift certificate for a Free “Back-rub” (wink wink).

News Channels capture the viewer’s entire attention with screens are so cluttered it is impossible to tell where the real show is.  So while watching the succubus and her victim…(oops) I mean…bachelorette and her victim, the show could add a ribbon of live tweets, camera feeds of the other contestants, gambling odds on which contestant will get a rose, and a random sport show for the guys stuck watching with their girlfriends.

Cop Dramas remain fresh because each episode brings a new case to solve.  Contestants not on a date should be forced to solve a different Scooby-Doo style mystery every week.  Failure to unmask the villain results in lowered food rations, and removal of all hair care products.

Superhero shows are all the rage.  Contestants should have to choose a super power then pretend to use it for the rest of the season.  The contestant who picks flying has to run around with his arms out going “wheeeesh!”

All of a sudden.  No explanation.  Just cancel the show.  Please.  Please!  Cancel it.