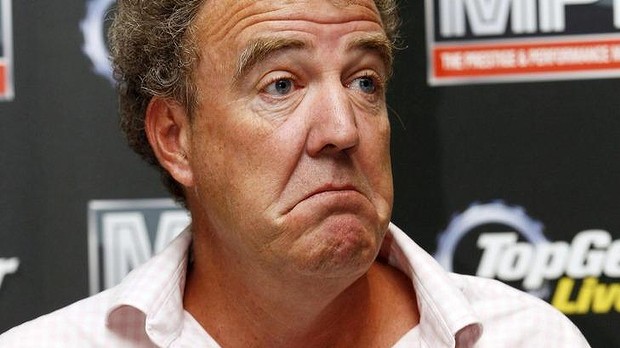 9 TV Show Hosts who Can’t be Bad…Can They?

Stemming from accusations he hit a producer, the BBC suspended Top Gear host Jeremy Clarkson and placed the show on hiatus.

Clarkson is no stranger to controversy and has been warned multiple times by the network to curb his on-air antics.

It’s shocking to hear about TV Host acting in an unprofessional manner considering how many hosts have proven to be such stand-up individuals.  Such as:

While shaming American into spaying and neutering their pets, Barker also found time to be accused of harassing his show models.

Marty Stouffer created the popular nature documentary, Wild America, which aired in the 1970’s and 80’s.  He also stands accused of staging some of the most violent shots for the show.  Furthermore, he was fined $300,000 for building an illegal Elk hunting camp.

The infamous Nancy Grace (yes, the sweet, cuddly, puppy dog Nancy Grace) faced a lawsuit in 2014 for falsely accusing a man for a series of break-ins.  The man proved his innocence after his face was splashed across national TV and arrested.

Oliver Peck is a tattoo artist and host/judge for Spike’s Ink Masters.  He also is accused of sexual harassment of a production assistant, both physical and verbal.

On Q, Jian interviews people of cultural and entertainment significance.  He further practices bondage-sadism on women without their consent according to lawsuits.

Yes, Jian is on Radio and not TV, but looking for anything now.

Canal Livre focused on police raids and arrests.  In 2009, Souza was accused of hiring hitman to commit murder and help boast the rating of his show.

That’s it!  Hosts are horrible, horrible people.  They need to be rounded out and sent to a deserted island…including Ryan Seacrest.