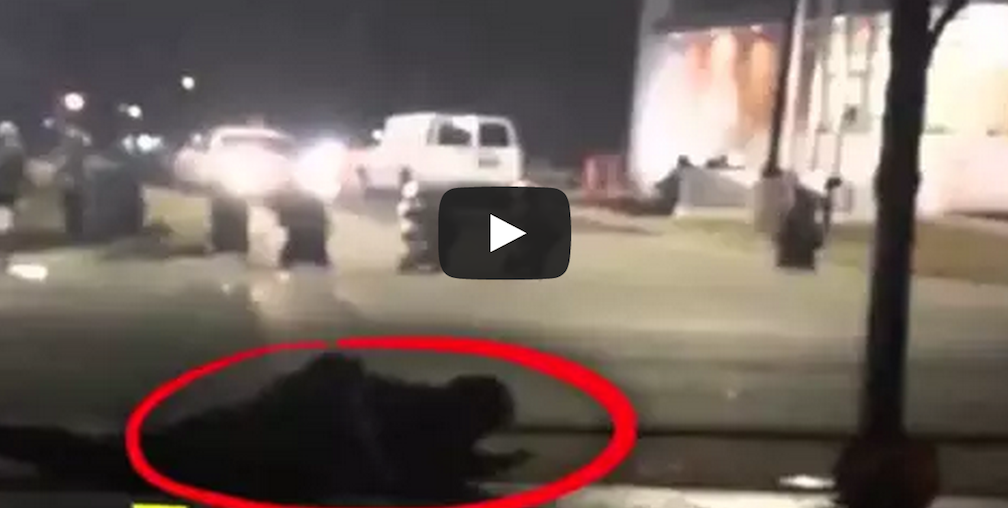 Two police officers in Ferguson, Missouri, were shot and wounded in what officials called an ambush early on Thursday.

The violence has been rising for month with tensions between African-Americans and the cities mostly white police force.

Now, a manhunt is underway to find the suspect or suspects in the shootings of the officers.

Both officers were treated and released from the hospital in St. Louis County. A number of people were taken in for questioning.

“This is really an ambush, is what it is,” said St. Louis County Police Chief John Belmar. “You can’t see it coming. You don’t understand that it’s going to happen.”

Gunshots rang out around midnight, causing mass chaos. Many of the few dozen demonstrators still present fled, some screaming.

Police scrambled, with many taking defensive positions with weapons drawn and some huddling behind riot shields, according to a video published online which you can watch below.