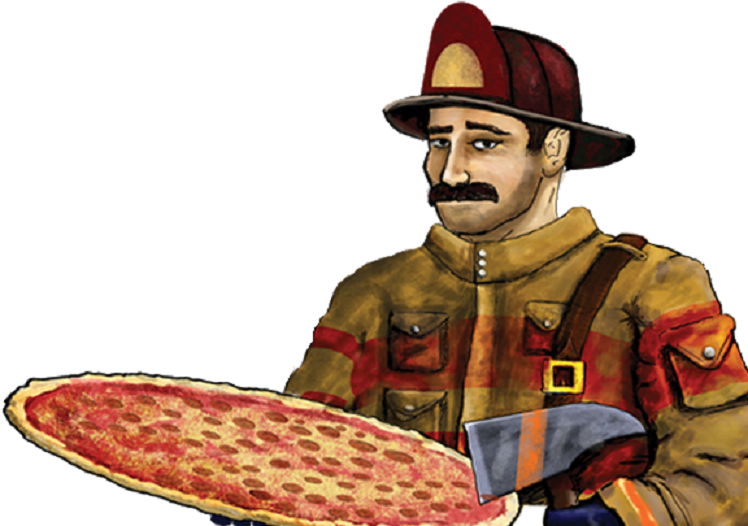 911 Hotline Receives a Pizza Order From A Lady Who Needed Help.

A woman who just took a beating from her drunk boyfriend called 911 but was unable do discuss exactly what happened. She decided to speak in ‘code’ hoping the dispatcher would catch on that she was in serious trouble.

Fortunately the dispatcher did not take her call lightly, instead he became intuitive and analyzed her situation very carefully.

Read the transcript of the conversation between the victim and the dispatcher and notice how well their thoughts were connected to each other: 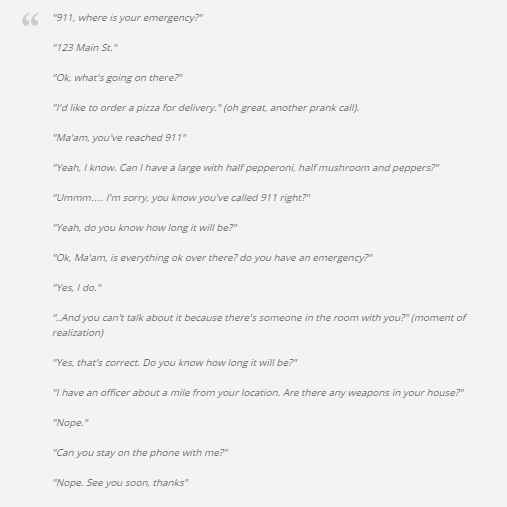 According to the dispatcher, he checked the history of the address given by the lady and found that there were records of multiple domestic violence incidents from the previous calls.

Finally, the officer arrived at the house and immediately saw the lady in bad shape with her drunk boyfriend. Her partner was arrested on charges of domestic violence.

The dispatcher said that she was intelligent to pull off that kind of trick and that her emergency call is the most memorable one for him yet.