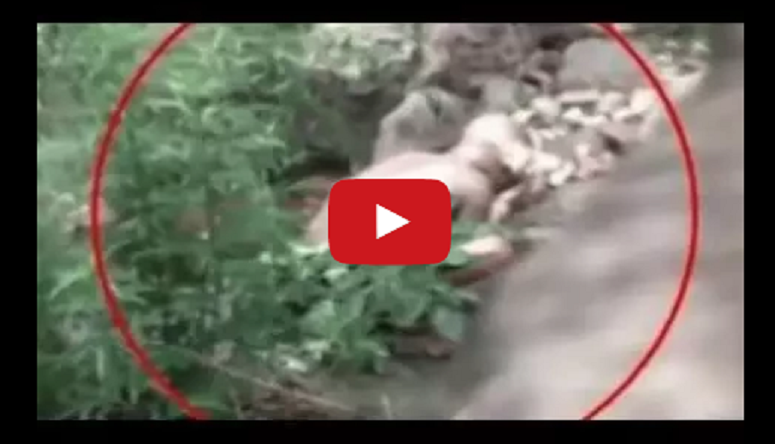 [VIDEO] Human Like Monster Spotted Near The Great Wall Of China.

A Chinese tourist has taken a photo of what he says is a “monster” hiding in the hills of Huairou, north of Beijing.

The unnamed tourist was camping with some friends in the hilly region, not far from the Great Wall of China, when he captured the “creature” with his camera.

“I walked far away to have a pee, and suddenly saw a monster. I took a few pictures of it, but now I am terrified,” said the man.

The image of the strange flesh colored creature nestled among the bamboo is certainly striking, and has a marked resemblance to the creature Gollum from the Lord of the Rings films.

To the scientists studying the photograph and searching the area, it still remains a mystery.