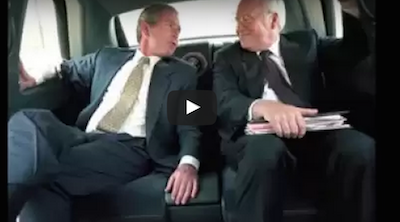 A 9/11 Video That Blows The Official Theory Out Of The Water.

If you were alive and breathing on September 11, 2001, you can remember exactly where you were what you were doing when you heard the tragic news – the World Trade Center was hit by two airplane, with several other tragedies to follow.

In the following weeks, months, and years we were trained by the media to build the most extreme hate against these “terrorists” –  Which we should, but was our hate pointed in the right direction?

This is an amazing piece of work that should be shown on every channel, on every TV station, in every country. Not even 5 minutes long, this video blows the official theory out of the water!