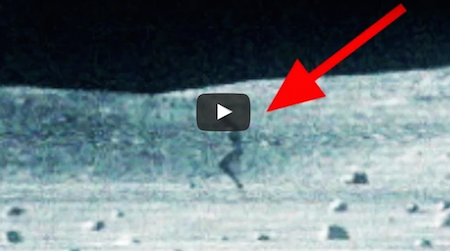 Shot during a two-minute radio silence period of Apollo 11 mission, Neil Armstrong and Edwin “Buzz” Aldrin witnessed this incident shortly after landing Apollo 11 on the moon.

At the time this happened, the live television broadcast was interrupted for two minutes due to a claimed “overheated camera.”

This is a 16mm film recording of the original live video transmission, sent directly to the US government but blocked from public broadcast. The film was recently smuggled from an undisclosed government location.