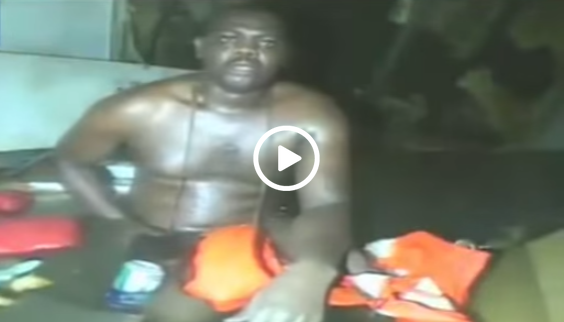 Amazing Footage of Man Found Under Water ALIVE 62 Hours After Shipwreck. Okene survived 62 hours underwater in an air bubble after the boat he was working on capsized off the coast of Nigeria. The crew was trying to stabilize a tanker filling up with oil, there were 12 crew members on board. When divers went out to search for the wreckage, all they had expected to bring back were dead bodies. But when reaching for a hand floating in the murky water, they were shocked to find it was a survivor. This video was released by DCN Diving, the company that employs the divers. This video shows the dramatic rescue. “He’s alive! He’s alive!” Shouts one of the divers as they realize there was a survivor still on board. The space he survived in was only 4 feet high. It was a bathroom in the front end of the vessel down the corridor from where he was when the tug first flipped over. He was found drinking Coca-Cola to stay hydrated. 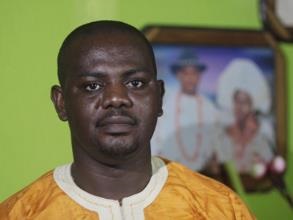 “I was there in the water in total darkness just thinking it’s the end. I kept thinking the water was going to fill up the room but it did not,” Okene told Reuters. “I was coming out of the toilet it was pitch black so we were trying to link our way out to the exit hatch. Three guys were in front of me and suddenly water rushed in full force. I was the first one, the second one, the third one just washed away. I knew these guys were dead. I could perceive the dead bodies of my crew were nearby. I could smell them. The fish came in and began eating the bodies. I could hear the sound. It was horror”. Jed Chamberlain, commercial manager for DCN global and the lead on the mission, told BBC it was the second diver that passed Okene that caught his hand. Chamberlain explains that Okene had missed the hand of the first one. The divers that rescued Okene had to work carefully to bring him back to the surface. While they quickly suited him up in dive gear, Chamberlain said the divers had to teach him how to use it. Okene had to spend 2 1/2 days in hyperbaric chamber before he could step out into the fresh air onto the rescue ship’s deck. “He was in-gassing nitrogen, which is not metabolized by the body, so it builds up in tissue,” Chamberlain explained. “If you release pressure, in other words you ascend to the surface, when you in-gassed excess amount of nitrogen it forms bubbles in your blood and it can stop the blood flow to the brain and vital organs and can result in death.” Chamberlain told BBC Okene was “absolutely calm” throughout the rescue effort and his recovery. CLICK HERE —> TO LIKE DAILY BUZZ LIVE ON FACEBOOK!