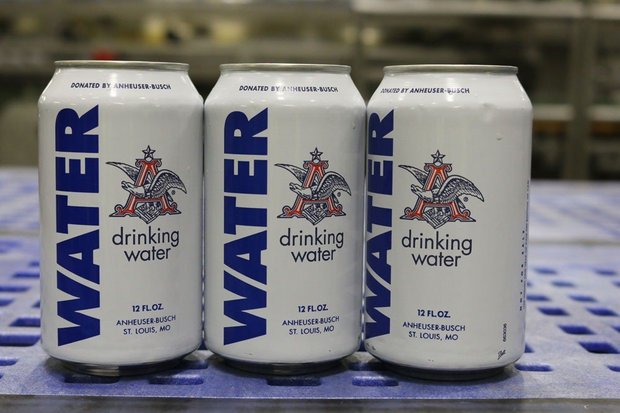 Anheuser-Busch Is Delivering Cans of Water to Help Residents Affected by Flint’s Water Crisis. The Beer Company’s Cartersville, Georgia Brewery Is Sending a Truck Loaded with Cans of Water to the Food Bank of Eastern Michigan.

Anheuser-Busch is delivering 2156 cases of drinking water, according to a news release from Anheuser-Busch. “Anheuser-Busch is committed to supporting local communities,” said VP of community affairs, Anheuser-Busch Bill Bradley in a statement. “This is one way we can help our friends and neighbors in a time of need.”

Since 1988 the Brewer has donated more than 74 million cans of emergency drinking water following natural and other disasters, according to the release. Earlier this month, the company donated 188,000 cans of water to people in Missouri and Oklahoma affected by flooding and winter storms.

The water will arrive in Flint the first week of February at the food bank’s request, according to the release.