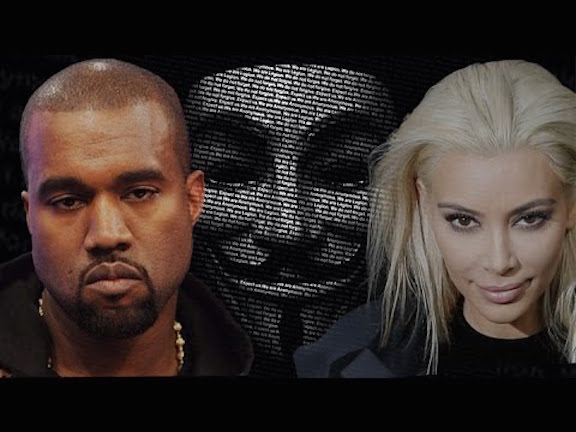 Anonymous Targets Kanye West In This Viral Video “Will Be Watching You”.

Anonymous – A Message to Mr. West has gone viral over the Internet.

A direct message has been sent to Kanye to teach him a lesson on humility, and responsibility over his out-of-control, hypocritical and impulsive actions.

Anonymous is sounding off the new Renaissance era this year for humanity.

“You owe Beck, Taylor Swift, your fans, and the many people you’ve hurt and disappointed over the years an apology, Mr. West,” the video states. “Our tolerance with your arrogance and distasteful behavior to gain attention online has reached its end. We will be watching you.”

The video goes on to question the behavior of his wife, Kim Kardashian, as she exploits herself through sex. It raises the question, how will it affect her daughter as she grows up.

What type of example are they setting.

Check out this video as they extend a ‘sincere and jolly’ message to Kanye West, “F@&k You. You will always be the hotheaded, Chicago born, spoiled brat that you are. No expense of designer wear can ever cover that up. ~ Anonymous.”