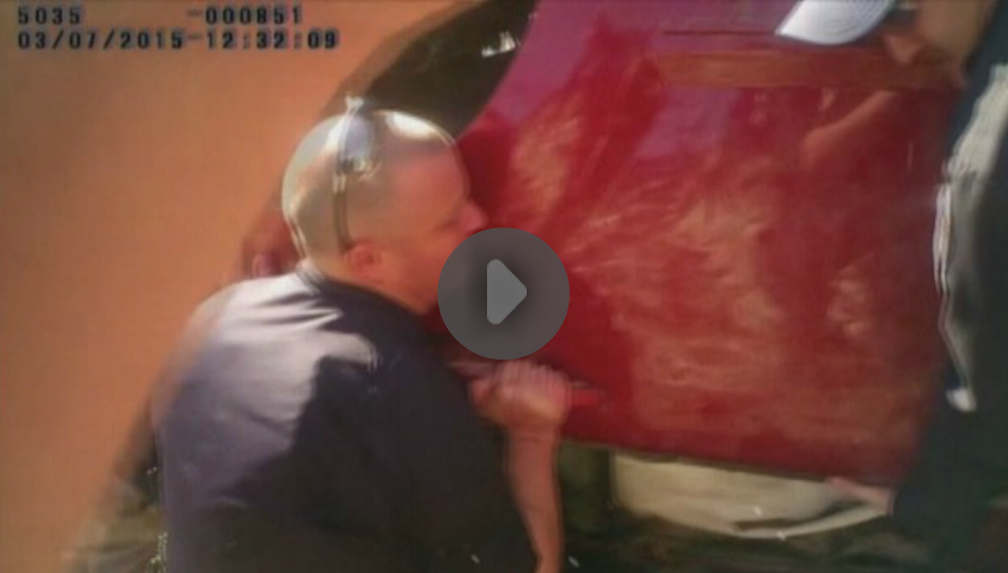 What you are about to witness in this video is an absolute miracle.

This very emotional footage shows a toddler being rescued from a submerged vehicle in a Utah River.

As one of the first officers responded to the call of a car in the river, the officer ran down into the water without hesitation.

When he approached the vehicle, they could see someone was trapped inside.

Three police officers, two firefighters and a fisherman all jumped into action trying to flip the car over.

They saw that Jenny Groesbeck back was fatally injured in the crash, but the situation took on an even greater sense of urgency.

Moments later a firefighter pulled what would seem to be a small, lifeless body out of the car.

They quickly rushed her to an ambulance where she arrived at the hospital six minutes after being found.

At least four officers at the scene recall hearing a “mysterious voice” that they say led them to find the baby girl trapped inside the overturned car.

They say a female voice cried “help me.” The strange sounds were heard coming from the vehicle and the water.

Watch the video below to see how this entire scene played out. It is only by the grace of God that this baby is still alive!