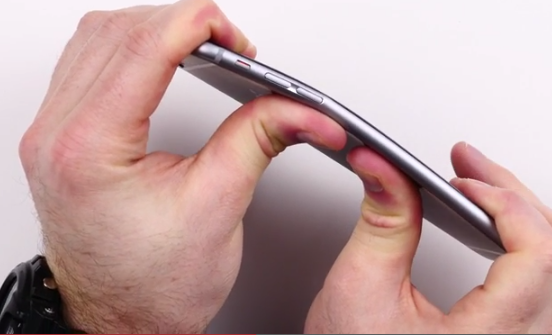 Get Ready To Shell Out More Money For Your iPhone 6, Apple Did WHAT!?! Apple To Sell An Estimated 10 Million iPhone Cases Over The Next Week Due To ‘Bendy’ Phones – BRILLIANT MARKETING! Bend Test Video Below!

Since it’s debut, the iPhone 6 has hit a few bumps on the road to smartphone fame. Apple users have been waiting with excitement for it’s release, but all most of them have received is ‘iBola’ contamination and bent phones.

Many users have reported that the phones were bending after being left in their back pockets, the most common form of carrying for iPhone users. MacRumors has reported several thousand complaints of bent phones.

iPhone has been the MOST popular, sought after smartphone since its inception of the first generation in 2007. So could Apple have possibly made this ‘mistake’ accidentally? That is hard to believe.

What we do know is that due to this thinner, aluminum based profile, iPhone 6 Plus phones are bending. The only way to protect your phone is to purchase a case to protect your investment.

Apple is estimated to sell an additional 10 million iPhone 6 Plus cases due to this ‘error’ in design. Accident?? I don’t think so. Multiply 10 million by $30.00 per case and you have an outrageously generous boost in accessory sales. Are you considering purchasing or already purchased?