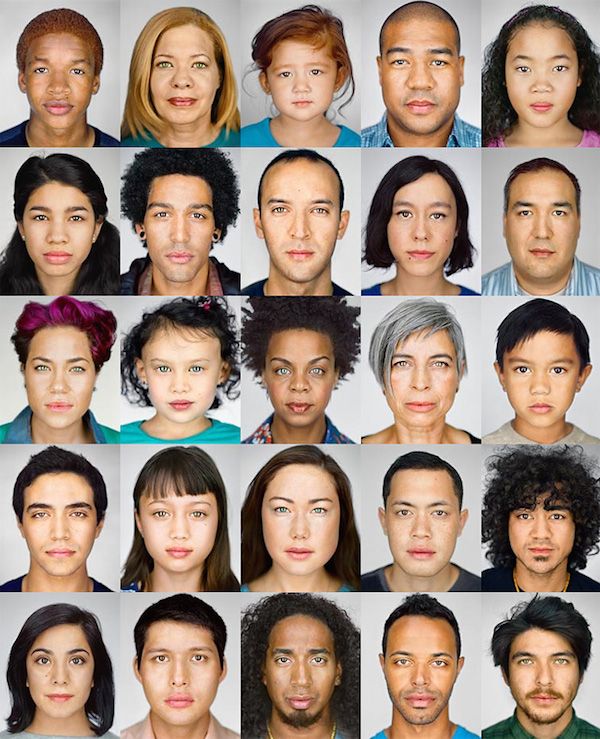 What The Average American Will Look Like In 2050. It is no secret that interracial relationships are trending upward, and in a matter of years we will have turned ourselves into one giant mega race. But what will we look like? National Geographic built its 125th anniversary issue around this very question, commissioning Martin Schoeller, a renowned photographer and portrait artist, to capture the lovely faces of our nation’s multiracial future.

Here’s what the “average American: will look like by the year 2050: 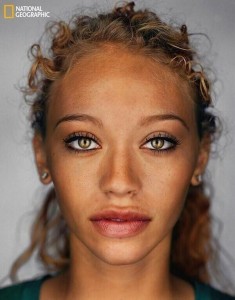 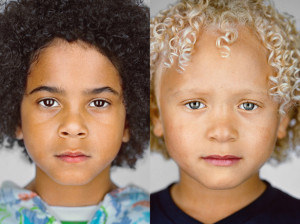 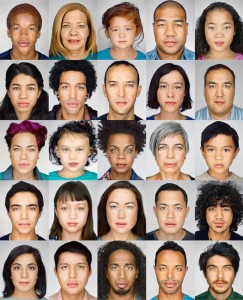 These are obviously not Photoshop projections, but real people, meaning tomorrow’s America lives among us now in every ‘Blackanese’, ‘Filatino’, ‘Chicanese’, and ‘Korgentinian’ you meet at the grocery store or wherever else it is that you hang out. Their numbers will only grow. The US Census Bureau let respondents check more than one race for the first time in 2000, and 6.8 million people did so. By 2010 that figure had increased to nearly 9 million, a spike of around 32%.

This is certainly encouraging, but there are obvious flaws with tracking racial population growth through a survey that lets people self identify, especially since so many familial, cultural and even geographical factors influence your decision to claim one or multiple races. Complicating things further is the definition of race itself. It has no basis in biology, yet its constructions, functions and mythologies irrevocably shape the world as we know it.

So is an and approaching? Will increased racial mixing finally and permanently redefined how we imagine our racial identities? The latest figures suggest we are getting more comfortable with the idea, or perhaps we are just carrying a little bit less than ever before. Either would be a step in the right direction.