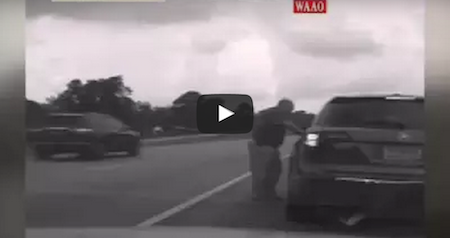 Baby Dies After Police Detain Doctor That Was Rushing To Hospital To Save The Child’s Life.

Pediatrician, Dr. Bhagwan Bang, was rushing to the Andalusia Regional Hospital from his home in Opp, Alabama to save the life of a baby who had stopped breathing.

While he was in route, he was pulled over by the police for speeding. Tragically, the baby did not survive.

What makes this incident even more senseless was that this was not the first time Dr. Bang had been stopped by police on his way to a medical emergency. He was pulled over previously, with the judge dismissing the case at that time.

Police had given the doctor a specific route to follow when ever there was a medical emergency that required him to get to the hospital fast, which he followed in this incident, which is why Dr.Bang is distraught over this case.

“On September 8, I got a call that a newborn baby was not breathing,” he said. “There was nothing about the pregnancy that indicated problems, but the baby was blue.”

“I have seven years of neonatal experience,” Bang continued. “I have seen several of these babies.”  His fear, he said, was that the baby had a bilateral rupture of the lung.

“I have saved those babies before by putting needles in the chest, and draining the air,” he said. “That was going first in my mind. I need to be there.”

In a short audio clip of a 911 call provided by Bang’s attorney, he can be heard telling the dispatcher, “If I stop, the baby will die!”

Dr. Bang attempted to explain the situation to the officer that pulled him over, but was detained for over 15 minutes and threatened with being put in handcuffs, before ultimately allowing the doctor to leave.

“Several minutes count,” Dr. Bang said. “It could mean a whole life to this child, or making them handicap.”

Bang is the only attending physician with active hospital privileges at this hospital. The doctor, who was convicted of reckless driving and other violations, could potentially lose his drivers license for up to six months. Bang says he will appeal his conviction at the Covington County Circuit Court.