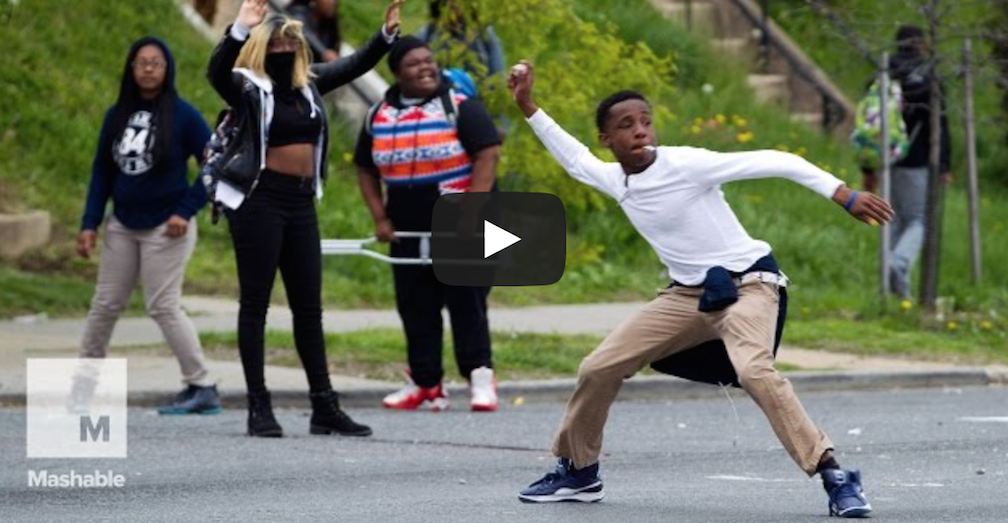 As of 10:55 PM, April 27, police are redeploying the National Guard to the city of Baltimore.

Fires are popping up as quickly as they are put out, and looting of local stores continues.

At least 15 officers are now reportedly injured, and two are still in the hospital.

CNN quotes Lieut. Col. Darrel De Sousa, chief of patrol for the Baltimore police, to say this is “unacceptable.”

“I condemn the senseless acts of violence by some individuals in Baltimore that have resulted in harm to law-enforcement officers, destruction of property and a shattering of the peace in the city of Baltimore,” Lynch said. “Those who commit violent actions, ostensibility in protest of the death of Freddie Gray, do a disservice to his family, to his loved ones, and to legitimate peaceful protesters who are working to improve the community for all its residents.”

It was high schoolers that passed out fliers calling for “Anarchy” and “The Purge” who began to attack cops with bricks.

We will keep you updated as the story continues.

Below is a video of protesters clashing with Baltimore police.