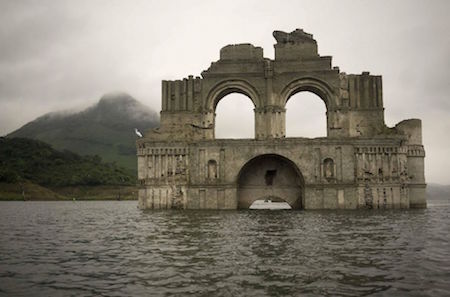 A trial this year has hit the watershed of the Grijalva river, dropping the water level in the Nezahualcoyotl reservoir by 82 feet.

It is the second time a drop in the reservoir has revealed the church since it was flooded when the dam was completed in 1966. In 2002, the water was so low visitors could walk inside the church.

The church in the Quechula locality was built by a group of monks headed by Frair Burtolome de la Casa, who arrived in the region inhabited by the Zoque people in the mid-16th century.

The church is 183 feet long and 42 feet wide, with walls rising 30 feet. The Bell tower reaches 48 feet above ground. 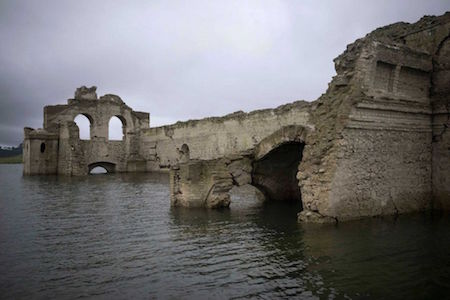 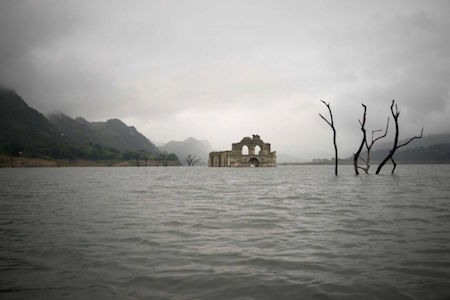 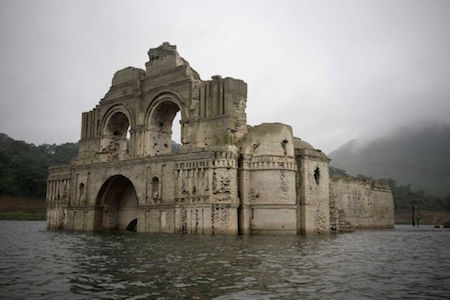 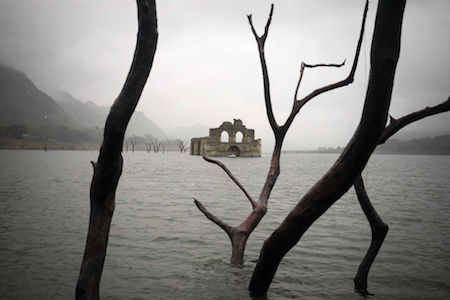