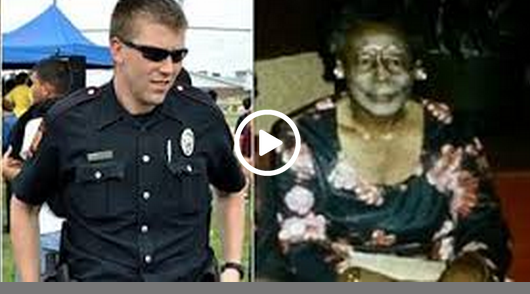 Cop Guns Down 93 Year Old Shoot Her 5 Times. A 93-year-old Texas woman was shot five times and killed by a police officer at her home in Hearne, Texas. Pearlie Golden, also known as Ms Sully, was pronounced dead at St. Joseph’s Hospital. Witnesses say Golden was shot by the officer five times. The Sheriff’s office received a phone call reporting an elderly lady waving a gun around outside her home. According to reports, officer Stephan Stem asked Golden to “put down the weapon and then ultimately fired his own side arm, wounding Ms Golden.” That officer is now on administrative leave while the District Attorney’s office investigates the case.

Dist. Atty. Coty Siegrt says, “While it is too early in the investigation to comment on any of the facts or evidence stated above, I can say that this was a very tragic occurrence. My prayers go out to the family members of Ms. Golden and to Hearne County as a whole.” neighbors still cannot understand what would make this officer student 93-year-old woman. Lawanda Cooke, a close friend of the victim said, “Even if she did have a gun, she is in her 90s. They could have shot in the air to scare her. Maybe she would have dropped it. I don’t see her ever shooting anyone.”