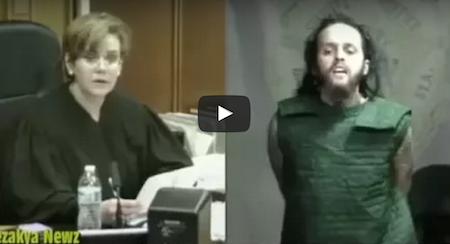 Accused cop shooter David Mejia had a lot to say during his court hearing. According to CBS Miami, Mejia was upset that his list of charges were non-bondable offenses.

“So a white kid that shoots up a church gets a bond and I can get one?” asked Mejia referring to shooter Dylann Roof, who killed nine at a historic Charleston church attended primarily by black members.

He also took the liberty of bringing up other notable news stories like the killing of teenager Treyvon Martin and his “motivation” for shooting at police officers.

“What about my little brother Treyvon,” asked Mejia.

Watch the entire altercation in the video below.