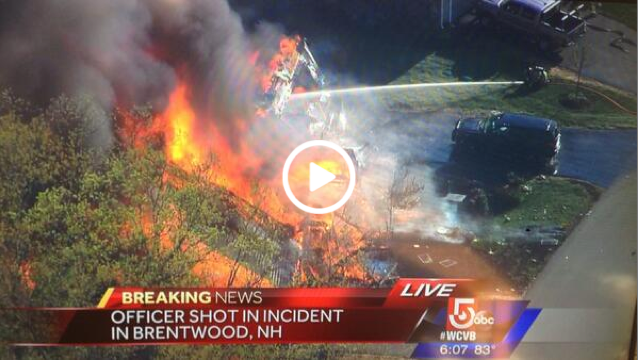 Cop Shot Right Before House Caught Fire and Exploded. In Brentwood, N.H. on Monday, police responded to a report that an officer had been shot at a home while responding to a domestic dispute. A short while after the police had responded to the scene the house had caught fire and then exploded minutes later. Television footage shows the home right before it exploded. Smoke was pouring out from the upper floor of the home and then without warning the house exploded.

The police officer Steve Arkel, 48, was responding to the domestic dispute at the home and was allegedly shot by the homeowner’s son, Michael Nolan, 47. Arkel was flown to a nearby hospital by helicopter where he died of his injuries. The house caught flame after the shooting and police believe that Nolan was in the building and died from the fire and explosion of the home. After the explosion everyone, media crews and neighbors, were told to get back because the fire may spread to other areas of the neighborhood. The attorney general’s office said it was still gathering information on the situation.

Officer Steve Arkell was a part time police officer for the Brentwood Police Department and had been on the force for over 15 years. He is survived by his wife and two teenage daughters. 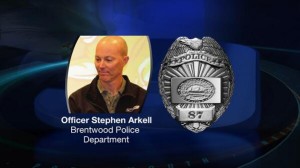