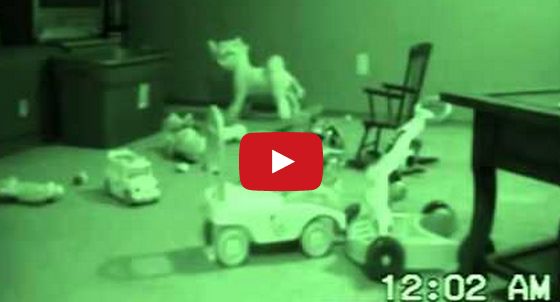 The Wells family basement was the designated play area for their children ages 3 and 4.

Every morning at playtime however, toys came up missing or were misplaced from where they were put the night before.

Ben Wells, the father, decided to set up an infrared camera at night thinking he would catch his wife playing a trick on him.

Much to his surprise, it was not his wife at all. What happened in the video shocked the entire family. Now, no one will go down to the basement.

Still to this day, 5 years later they claim to hear strange noises of children paying at night.

They have left the toys downstairs to comfort the ghosts of the little ones that play there.