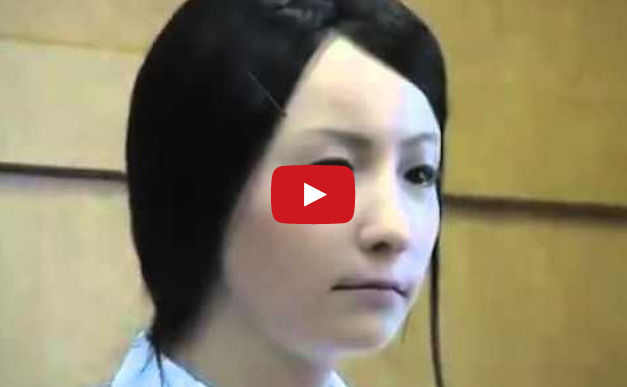 Creepy Robot Woman Looks Super Real! Want your own look alike Actroid Robot? You can look to Japan for that purchase. It may be a few years before you can purchase a genetic clone of yourself, but two have already gone on sale in Japan. According to IT Media, each Actroid will be custom built to mimic the face, body, movements, and speech of the purchaser. However, the price tag is steep, around $220,000. Actroids are the brainchild of robotic engineer Hiroshi Ishiguro at Osaka University. The robot has a face, body, hair, eyes and eyelashes modeled to replicate the owner. Actroids can also mimic the upper body and facial movements of humans, and can replay recorded speech. These robots are a regular on the robot demonstration circuit and are always played up by the media. As with other replicate robots, I can’t help but get a little creeped out by the lifelike but not quite lifelike enough quality of these creations. Still, if engineers are marching robots at a steady pace it should be only a matter of time until they start being reproduced in mass numbers. For the lonely people, it looks like one day you will be able to build your own companions. CLICK HERE —> TO LIKE DAILY BUZZ LIVE ON FACEBOOK!